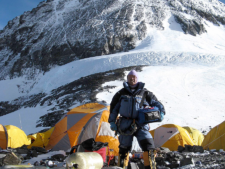 After a series of frustrating delays the rope fixers made progress on Monday, May 13, 2019. Climbers reached a season high point on both sides as well. Several are going for a summit bid on May 15/16. A Lhotse bid started midnight May 14.

Even though gusty winds still reported on Monday, the rope fixers on reached  7,650-meters/25,100-feet on Tibet side and to Balcony at 8,400-meters/27,500-foot on Nepal side. Several teams are in position to go for the summit as soon as the ropes reach the summit, probably Tuesday, May 14 on the Nepal side and a couple days later in Tibet.

I’m seeing multiple teams talk about a summit push leaving the South Col the evening of May 15, Wednesday, and summiting the following morning around dawn on May 16. However, the jet is forecasted to return soon so this window will be dangerously short pushing most teams to look at the next one, sometime after May 20th . May 25 appears to be the best day according to some forecasts.

There are still many teams taking a holiday from base camp but are prepared to return quickly. Unlike the old days circa 2010, teams charter helicopters for a 12 minute flight instead of the 3 day walk between base camp and Namche!

Over on Lhotse, Imagine Nepal’s Mingma Sherpa left for the summit at midnight Tuesday, May 14th. They are fixing the ropes to the Lhotse summit, separate from the fixing on Everest. There are two Greek and one Pakistani climbers. If they summit, they will be the first from their countries. Mingma noted the conditions were “clear and calm with bright moon without any cloud.”

Madison Mountaineering‘s Garrett Madison who is hosting/managing the rope team gave this update:

Today our team was resting in base camp while our Sherpas, our advanced team of eight climbing Sherpa, were up at the South Col/Camp 4 (7925m/26,000ft) and were fixing ropes up to The Balcony (8440m/27,700ft) today. We are hoping for good weather tomorrow. Hopefully, they can continue fixing and maybe even make it all the way to the summit and have the route opened up on Everest here on the south side.

Teams that are talking about summit bids this week (15/16) include:

Before 99% of the climbers make their summit bid, oxygen must be carried to the high camp. IMG said they have all their cylinders at the South Col and posted this impressive photo from Sunday. Note you cannot see the true summit from the South Col, only the South Summit at 28500′ – 8690m 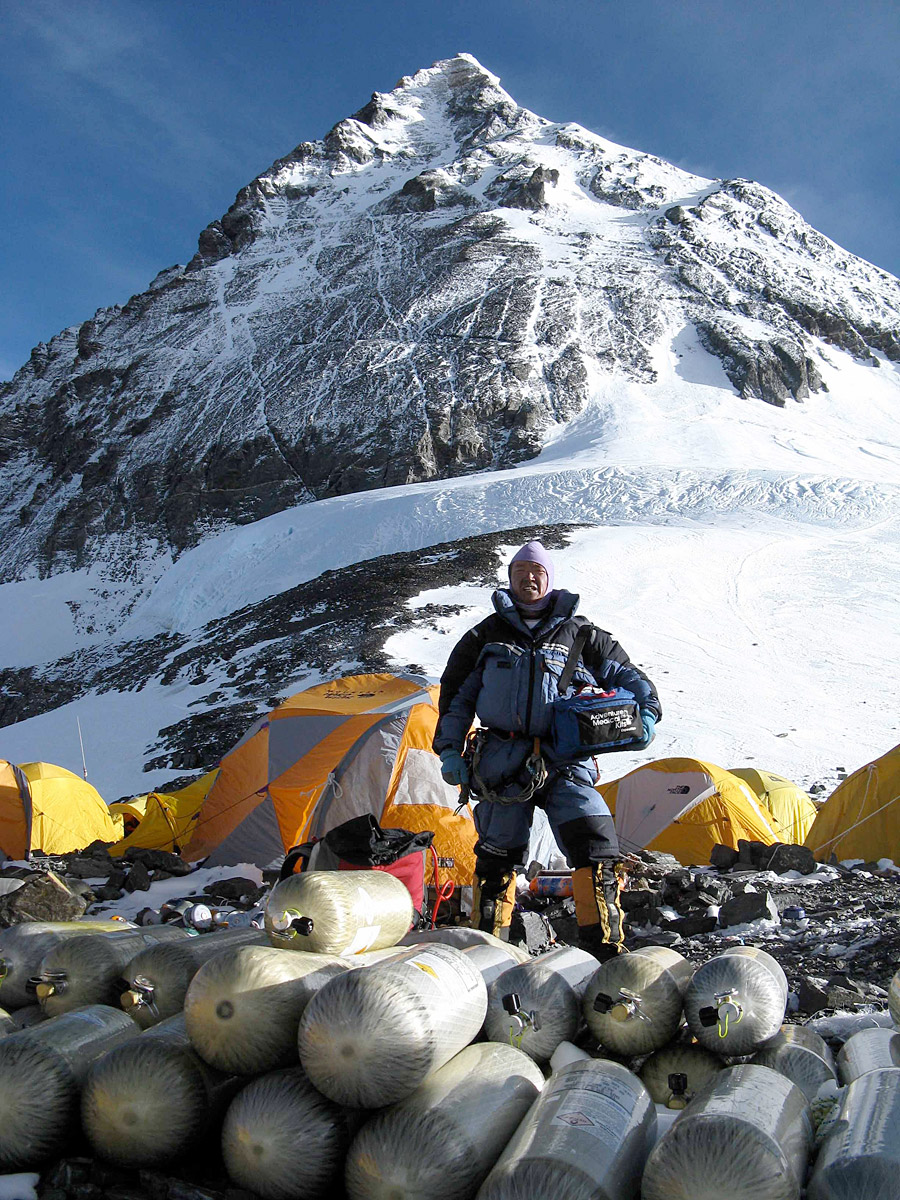 Panuru Sherpa on the South Col stocked with oxygen for IMG’s summit bids. The Triangular Face and route to the Balcony are behind him. Courtesy of IMG

There are 6 climbers with different objectives all doing an acclimatization rotation on the Tibet side. They are shadowing the Chinese rope fixers and got permission to go a bit higher on Monday. We have several reports:

Alpenglow Expeditions has one member, Jennifer Spence,  trying to summit Everest in 14 days, home to home.

@roxymtngirl is attempting the fastest ever #lightningascent of Everest! ⚡️