As I reported earlier today, an ugly alteration last Friday between professional climbers Simone Moro, try Ueli Steck, and EpicTV photographer Jon Griffins with the Sherpas on the Lhotse face and at Camp 2 was brought to a somewhat peaceful conclusion.

A negotiator was brought into Everest Base Camp and the following agreement was signed by all parties.

The text reads as follows:

Today, on 2070 Bhaishak 16 (April 29, 2013) at Everest base camp at SPCC office, with the presence of the Chief of Nepal Army team leader, Major Sunilsingh Rathor and the following attended personnels agreed to do the following decisions regarding the arguments between the two groups on April 27 while fixing ropes between camp 2 & camp 3.

1. On April 27 2013, above Everest Base Camp, at Camp 2 and Camp 3 an agreement arose between foreign climbers and Nepali climbers and the situation was discussed today at this meeting. Both parties have realized their errors and apologized to each other in front of those present. Furthermore, both parties agreed to help each other in the future to make successful each others goals. It has also been decided that this issue will not be raised again.

2. All those present agreed and committed that such activities must never be repeated by anyone in mountaineering and in the tourism sector. If any party is dissatisfied with the actions of another party, they commit not to go into conflict or use violence against the other party. Instead they commit to report the actions to the government representatives or releventent government recognized association present at the base camps, to come to an amicable solution between the parties. 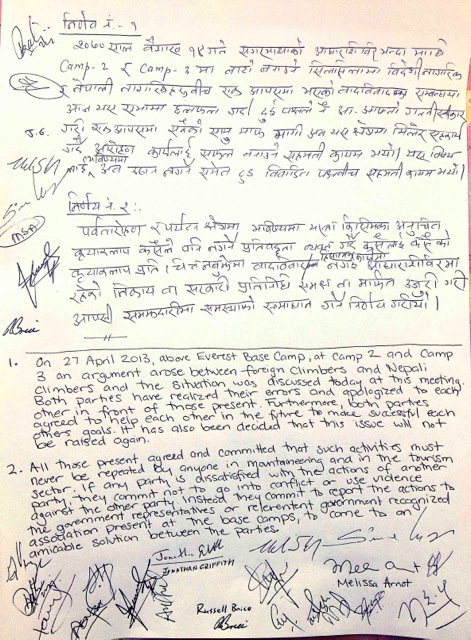 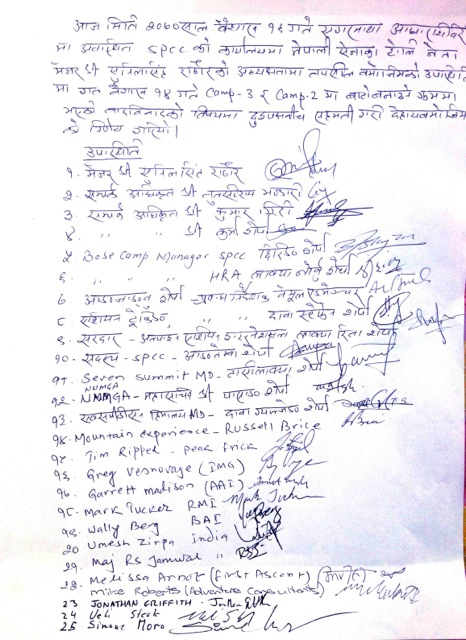 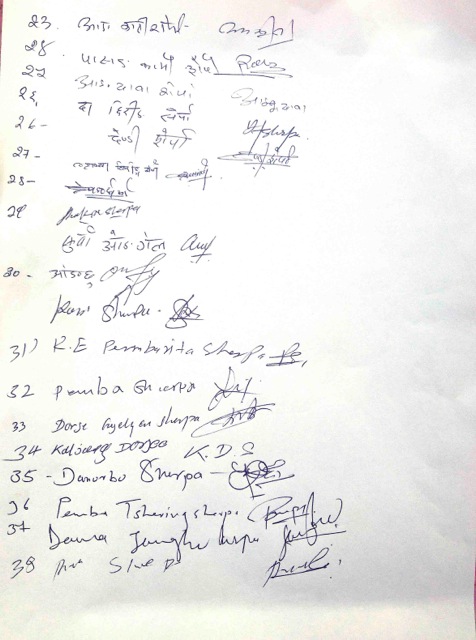 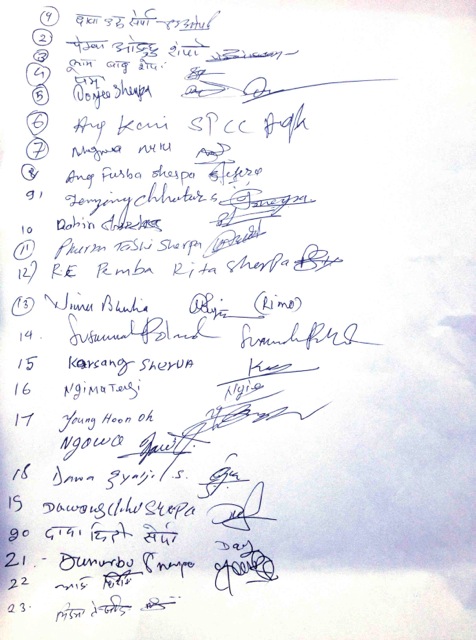 Hopefully everyone can get back to climbing and put this behind them.

It remains unclear if the Moro party will abandoned their climb. Personally I hope they stay, put up a new route and resume mountaineering as they are some of the climbers out there.