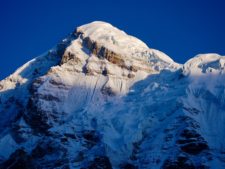 Pumori is often used for active rest days as it’s a short hike from Everest Base Camp but you can easily reach 18,200-feet. The views of Everest, Lhotse, and Nuptse plus the Icefall and Base Camp are stunning.

View from Pumori and the Everest Mystery

“Looks like we may be going sooner than we thought.” Snorer told Old Man as they walked out of base camp. “Yeah, and I’m not too happy about it either. Hell, I think Loner influenced Guide with all his whining.”

The two men made their way to the section south of base camp where the trail drops down. They crossed the icy part. It looked different than when they arrived a few weeks ago. It was all snow and ice then; now there was a lot of rock. Summer was on the way.

They knew the end of the season on the Nepal side was only two weeks away. The Icefall would be even more dangerous with warming temperatures. On the Tibet side, there wasn’t a similar obstacle like the Icefall so they can climb until the monsoons hit, sometimes into early June.

Snorer called out, “Hey, which way?” Pamba pointed to the right, uphill. “Follow us; we’ve been there many times. Bistari, bistari.” Pemba told the men. They and their Personal Sherpas were going to Camp 1 on Pumori, maybe Camp 2, if they felt good enough. This was an active rest day, and going to the low camps on Pumori was very popular. The trail was busy. 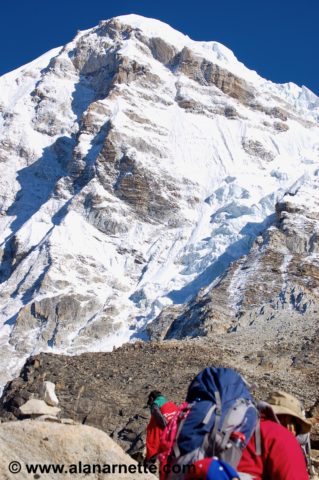 They reached the main trail to Gorak Shep, the one they had come in on, and turned right just above the dip. The trail was nice. It rose steadily weaving in and out of house-sized boulders. The Climbing Sherpas were moving swiftly, and the two members struggled to keep up. “Can we slow the pace a bit?” Old Man called out. Pamba never looked back, but Pemba did, “Of course.”

“If we leave in the next couple of days, I don’t know if I can do it.” Old Man began. “I had a hard time getting to C3, and I think I need more rest. Maybe I can talk Guide into letting me go later just with Pamba.” He wondered.

“I don’t think he wants us to split up. It’s best if we all go together, you know, strength in numbers.” Snorer countered. “Yeah but I can’t keep up with those kids, they are too damn fast. You saw what happened on the Face. I was the last to get there, and the younger ones were first. But that’s how it goes. Maybe I should not have come back at all.” Old Man returned to his favorite place when he lost his confidence. Snorer had gotten to know him well and knew better than to try to talk him out of, well, anything. Old Man was stubborn, proven by the fact that he returned to Everest only ten months after turning back at C3 last year.

“Well, you know the drill on 8000-meter peaks, slow and steady, one step at a time. That’s how I summited Manaslu. I wasn’t the fastest, and I never tried to compete with the kids. I think you should talk to Guide and develop a strategy for your summit night.” Snorer advised. “Hell, you are assuming I’ll get to the South Col! I appreciate the vote of confidence.” Both men laughed.

After two hours of steady walking, including a few steep sections, the Climbing Sherpas stopped. “Here,” Pamba said. They all sat down and pulled out a sack lunch the cooks had made for them, along with a juice box. They had reached 18,200-feet.

The view of Everest was amazing. They could easily see base camp, the entire Khumbu Icefall, Lhotse, Nuptse, the South Summit, and the summit of Everest. Also, before their eyes, they could easily make out the Northeast Ridge and the famous 2nd Step. The two main routes came together on the summit. 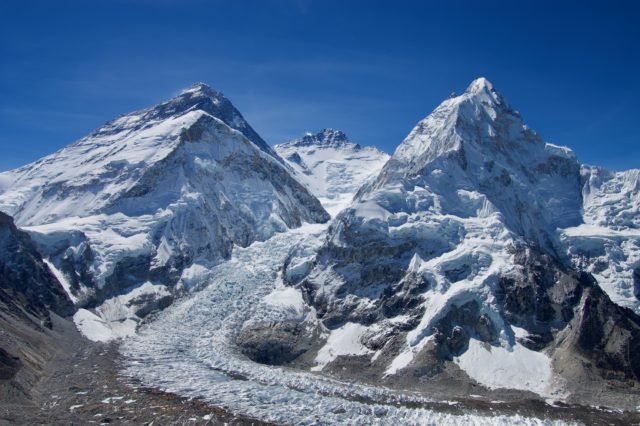 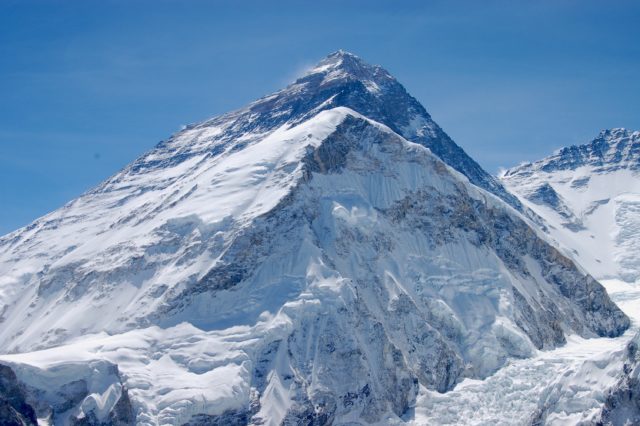 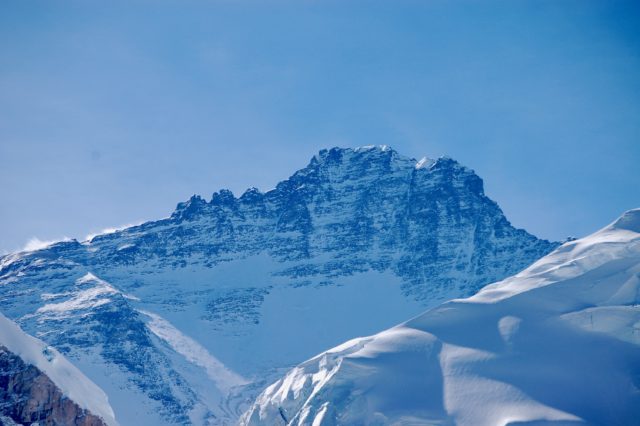 One of the most famous mysteries in all of mountaineering was if George Mallory and Sandy Irvine died on Everest before or after the summit. Many people hoped they summited, but most feel they didn’t. It’s a wonderful mystery that may never be solved.

Mallory’s body was found in 1999 on the high flanks below the 2nd Step at 26,760-feet. Irvine’s ice axe was retrieved in 1933 at 27,760-feet, but his body was never found. A persistent rumor is the Chinese found him and removed or hid it well. They had a small Kodak camera that, if ever found, and the film could be developed, might provide more clues. There was a team from Adventures International Explorers on the Tibet side in 2020, searching once again. 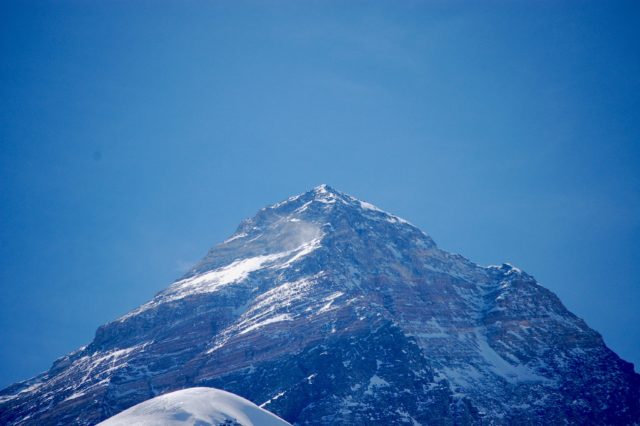 “I’d like to think they made it. Pemba, what do you think.?” Snorer said to his Personal Sherpa. “No, no. They didn’t summit. The Second Step is too hard, even today.” Pemba replied with authority. Today, there is a ladder that everyone uses to overcome the near-vertical rock wall.

They took more pictures and made their way back to base camp. The men felt good; they had made progress on their acclimatization with today’s activities but Old Man was deep in thought as they walked back in camp.

One Response to “Virtual Everest 2020: View from Pumori and Doubts”