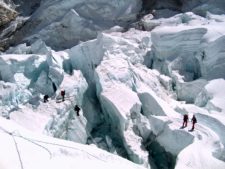 The fictional team is back at Base Camp, recovering both physically and mentally from a grueling summit push.

In the real world, the Chinese survey team summitted and the national team is expected to summit on Thursday. After weeks of delays due to deep snow,  the Tibetan rope team finally got to the summit on Tuesday. This one of the latest dates ever to reach the summit on the Northside. Mingma G posted on Facebook that the Tibetan team included Dorjee Tsering, Tenzing Norbu, Dunpa, Tashi Gombu, Tsering Norbu, and Dorjee.

Climbers Back in Base Camp

The two women wrapped their arms around one another, watching the helicopter disappear over the top lip of the Khumbu Icefall, Boyfriend gently swinging from a rope hanging from the belly of the chopper.

“I have to get down there.” Girlfriend cried to Guide. “We will, we will. But for now, we all need to get to Camp 2 for rest. We will go down tomorrow.”

As the AS350 B3 helicopter hovered over the Base Camp helipad, Sherpas and Docs from Everest Hospital grabbed him and took him off the rope. “Let’s get him to our tent, “ Doc said. 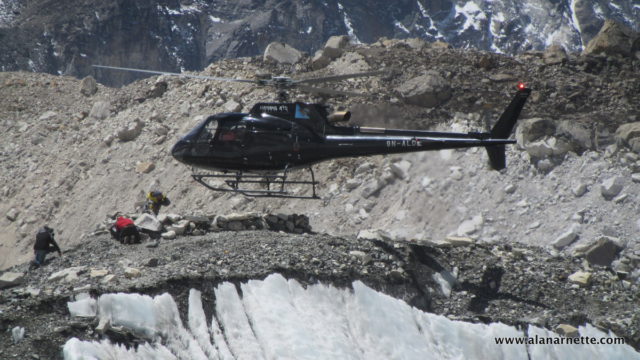 In the tent, he laid down on a cot with a mattress. Doc took his blood pressure and oxygen saturation measurement. This time it was in the high 80s, up from the low 70s at the South Col. The color had returned to his face. “Now, that was something,” Boyfriend said, referring to the helicopter ride. “Yes, not many people have ever taken a long-line from that altitude,” Doc chuckled.

“You are doing better than what we had heard, but you still need to get to Kathmandu as soon as possible. We worked with Adventure Rescue, and they are sending another chopper, should be here in 20 minutes. You will check into a hospital for further observation and tests plus a chest x-ray.” 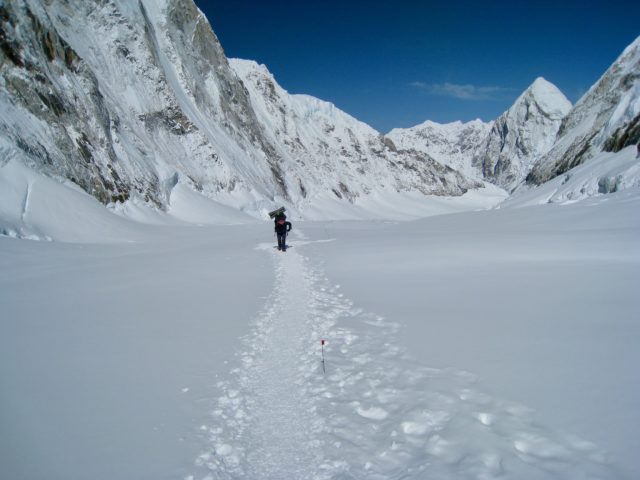 Back at the South Col, Old Man, along with Nawang, Passang, and Pamba, had rested for about an hour. They needed to get going to reach C2 before dark. It had already been a long, exhausting day. The Climbing Sherpas debated short-roping him and decided that Pamba would attach one rope but not keep it too tight.

Loner, Snorer, Buddies, and Dutch passed through C3 just as Guide, Nawang, Girlfriend, plus She with Mingma reached the base of the Lhotse Face. It was 3:00 in the afternoon. The winds picked up slightly.

They saw two figures moving towards them as they got halfway to Camp 2, it was their C2 cook, Chuldim, and the cook boy. They had packs. Meeting them, Chuldim offered, “Namaste. Congratulations, Didi, both Didi’s. Hot Lemon?” 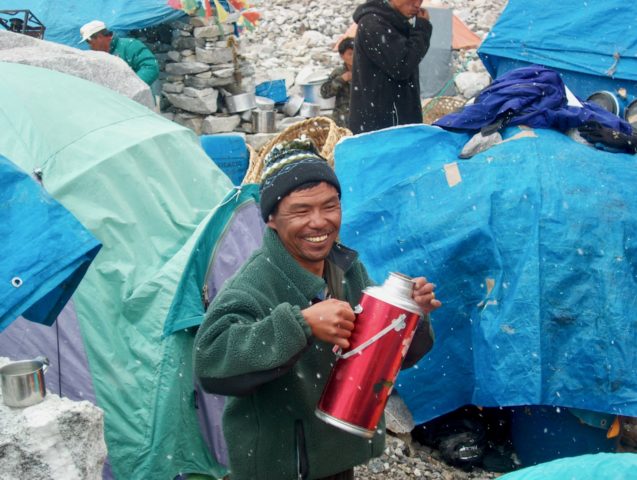 The team arrived at Advanced Base Camp throughly worn out, not only physically but emotionally, especially Girlfriend. “I don’t know what to say,” she began at dinner. About that time, Old Man walked in. “Hell, I’m done. Where’s that helicopter?” He added with a smile.

Guide came in, “Got a report on Boyfriend. He’s in hospital in Kathmandu.” Girlfriend broke down, tears streaming down her face. “He’s stable, and the Docs there say he’ll be fine and make a full recovery. I talked to the Docs at Everest Hospital at Base Camp, and they said he looked pretty good for what he’d been through.”

The team ate dinner, but there was little conversation. Everyone just wanted to go to sleep. “You know the Icefall drill. Walking at 4. It will take about an hour to get to C1 then another 3 to go down. You’ll be amazed at how good you will feel with each step lower.” Old Man snorted, “Hell, I hope so!” Everyone smiled and let out laughs of relief. They were going to miss the old coot. 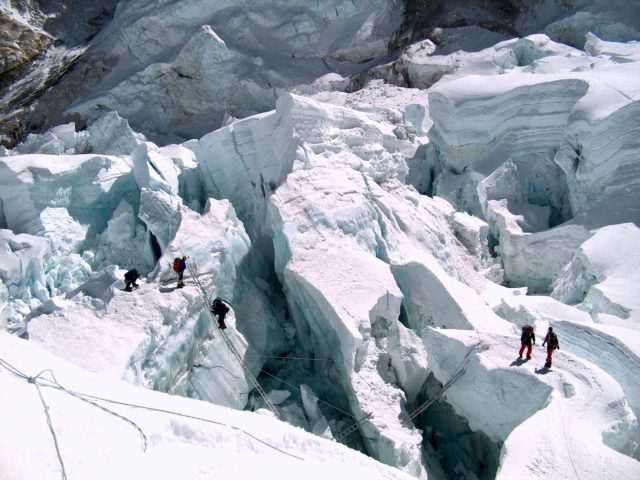 With headlamps lighting the boot track, the team of members and Climbing Sherpas got to C1 faster than Guide had expected.

Entering the top of the Icefall, She paused for a moment. The combination of wind, snow, and gravity had all come together to create a magnificent ice garden. She felt immense gratitude. She also felt relief that this would be the last time She would go through the labyrinth.

She took out her sat phone; the battery indicator showed one bar of power left. She pressed #1. “We are at Base Camp.”

4 Responses to “Virtual Everest 2020:Climbers Back in Base Camp”